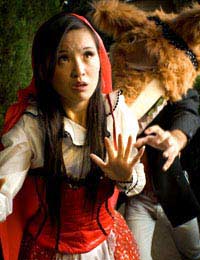 When the Christmas season comes around - so do the pantomimes. The wonderful tradition of musical comedy theatre involving lots of audience participation is hugely popular in quite a number of countries, including of course Great Britain, but also Ireland, Australia, South Africa and Canada.

Historians trace the pantomime tradition all the way back to ancient Greece, and it became popular in the United Kingdom during the sixteenth century. There are also elements of pre-Christian traditions to be found in the pantomime, most notably the playing of men by women and the other way around. The reason for this is that pantomimes are performed during the winter holiday season, a time when old cultures used to reverse not just gender roles but plenty of other aspects of life, too: servants would become masters, children would play parents.

For a while, pantomimes were used as a vehicle for political and social messages: John Rich and Colley Cibber were among the most famous “critical” pantomime writers of the seventeenth century, and they didn’t hesitate to have a go at what they considered to be public outrages. This element of the tradition gradually fizzled out, however, in favour of good old simple family fun.

The pantomimes that are being performed nowadays are often based on children’s stories, like Snow White, Peter Pan, Aladdin, Beauty and the Beast, Jack and the Beanstalk, Dick Whittington and Cinderella, to name but a few. They are funny plays full of jokes and song-and-dance routines, and the audience is invited to take part in the performance, by booing the bad guys, for example, or singing along to the songs.

Other traditional elements of the modern day pantomime include (a fairly innocent form of) sexual innuendo, women being played by men and vice versa, a horse played by two actors (you wouldn’t want to be the in the rear end of the animal on a night when there was bean soup for dinner) and villains entering the stage from the left and good guys entering from the right side.

The Whole World and their Auntie

Pantomimes are a very democratic phenomenon: lots of amateur theatre troupes put on pantomime plays during the holiday season, there are special kids’ pantomimes, and of course there are also the professional pantomimes, often featuring a celebrity actor relishing the opportunity to show the audience his or her more playful side.

The most popular pantomime in the United Kingdom is the one played at the York Theatre Royal. Every year there are 50,000 tickets available for the play, and every year they sell out in the spring! Pantomime is equally popular in Australia, where the plays are also featured on national radio (it is a big country after all).

Pantomime is less popular in other countries, which probably has something to do with the fact that it is often confused with the ancient art of mime – actors acting out entire situations or even stories without using props or even words.

Why not take a look at some of our other English Christmas traditions?