Drawing Games to Play at Christmas 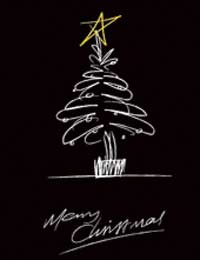 Christmas is the perfect occasion to invite distant relatives and old friends over: people you haven't seen for a long time and who sometimes live very far away - perhaps even in different countries. And in that case, it's not unlikely you'll have a couple of languages around your dinner table. A great way to make those who speak a different language feel at home, is by playing games that don't depend on words - well, not too much anyway.

You would think that charades is a great game to play when your Christmas party is multilingual, but it really isn't. You might not be speaking any words, but you are acting them out - and that's pretty language specific. The ones you want to go for are drawing games - and no, that's not colouring in drawings but the likes of Pictionary.

You can either get yourself the board game (which means that it comes with a board, pawns, a timer and assignment cards, which you'll have to then translate - or pick up some cards in the language of your visiting friends or relatives) or make one yourself (in that case you can write down all the assignments in both languages yourself and personalize them for your group of people).

The rules of the game are pretty straightforward: you take an assignment card, look at the word that's written on it and start drawing anything you can to make your team mates guess the word. Of course you can't use any letters or numbers - and you only have one minute to do it. After that, your opponents get to venture a guess.

Ok, this is not an "official" drawing game (which means we just came up with it ourselves), but you can rest assured: you'll have loads of fun with this one as well! Do you remember the "Etch-A-Sketch"? It's that beautiful mechanical drawing object with the thick red rounded frame, the two ribbed white knobs and the silver screen, on which lines appear when you twist the knobs. Is it all coming back to you? Good.

You could of course attempt to play classic Pictionary using an Etch-A-Sketch, but that would not only be quite difficult (try sketching the word "frog" on one of those) but would probably take forever as well. But how about drawing a skyline and making the rest of the party guess the city? Or you could stick to really simple subjects, and introduce a system that would allow you to draw only six lines, and with every line you use you would lose a point? Plenty of possibilities - and we're sure you can come up with loads as well.

Another one that could be really funny is this: give a post-it note to everyone around the table, and then make them draw their neighbour. Afterwards put all the little drawings into a hat, and make everybody choose one, and stick it to their forehead. They now have to guess who they "are" by asking questions. Every person only gets to ask one question per round. A good first one: "did I have to open my belt because I ate too much turkey?"

Board Game Classics to Play at Christmas