Home > Traditions and History > Why is Boxing Day so Called?

Why is Boxing Day so Called? 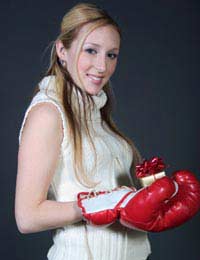 Not from the United Kingdom? Then you would absolutely be forgiven for picturing something along the lines of a national punching festival when you first hear about Boxing Day. But of course the British are way too civilized for such a thing to possibly be true....

Boxing Day is of course the day after Christmas, the 26th of December. While in many countries (Catholic or not) a lot of people already have to return to work on that day, it is still a public holiday in Britain (as it is in Australia, New Zealand and Canada). No reason for throwing punches at anyone, then…

There are a few slightly different theories as to why Boxing Day is so called.

As is the custom in many parts of the world, the end of the year is when people in Britain reward their "callers" - the people who come to their door all year long to perform certain services, like postmen, dustmen, milkmen… you get the general idea. And much like in many other countries, the customary tip generally consists of money.

Until recently, people used to actually put the tip money in little boxes, and hand it to their callers that way.

Another frequently quoted one is that in feudal times the lords used to give boxes full of goods (like clothes, tools and food) to their serfs on the day after Christmas. And then there were also the servants who carried boxes with them when they returned to work on Boxing Day, so that their employers could put money in them.

Boxes for the Poor

The big donations boxes in churches were traditionally opened on Christmas day: the money was then handed out to the poor the next day, which could also count as a plausible explanation for the name "Boxing Day".

Another theory is that boxing day was when servants would be given the day off. Servants and staff would be needed on Christmas day to help with preparations for the lavish meal and service, but because they wouldn't be around the following day, the staff would pack up boxes full of prepared food. These would keep the lord and lady (plus any family and visitors) of the house fed and watered throughout the day in the staff's absence.

Plenty of possibilities alright, and you can see why the term "Boxing Day" will definitely stick around for a while.

Other names for Boxing Day

But… the 26th of December does go by a different name as well, though: it is referred to as St Stephen's Day in Ireland, Austria, Germany, Denmark, Finland, Italy, Catalonia and Croatia. The name obviously refers to St Stephen, who is generally considered the first Christian martyr. According to legend, the poor man was stoned to death for blasphemy against Moses and God - the Old Testament God, that is. To add to the general confusion, there are quite a few countries that still commemorate St Stephen by celebrating his name day in August.