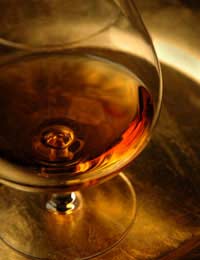 Adding alcohol to cupcakes can turn a simple recipe into something truly sophisticated. It’s important to get the balance between batter and booze right, and sometimes it’s better to focus on spiking the icing to get the right level of flavour and texture in the whole cake.

This is a simple but tasty recipe that allows you to play around a lot with the added ingredients. Because these cakes take only fifteen minutes to prepare and a similar amount of time to bake, you have plenty of opportunity to try some variations without spending all day in the kitchen.

Preheat the oven to 160°C or Gas 5. Set out 12 cupcake cases, or use silicone cupcake trays if you prefer them.

Blend fat, sugar, eggs and flour together, then add the vanilla extract, folding it through the rest of the mixture. You’re aiming for a soft dropping consistency so if your mixture seems a little dry at this point, add a teaspoon of lukewarm water and fold in.

Bake for between ten and twenty minutes (usually the right time is about fifteen minutes but different alcohols change the baking time of the cakes) checking at the ten minute point by inserting a cocktail stick into the highest part of one of the cupcakes. If it comes out clean, the cakes are cooked but if it has wet mixture along it, then the cakes need a few minutes more.

When cooked, lift the cakes, in their cases, out of the tin and leave on a wire rack.

This cupcake topping is the perfect vehicle for the addition of alcohol.

In a large bowl, beat butter until soft and add icing sugar and alcohol as detailed below.

Some recipes lend themselves more naturally to cupcakes than others, and once you’ve got the basic idea you can experiment with your favourite liqueurs and alcohols to create new tastes.

When preparing the cupcakes, replace the vanilla extract with a teaspoon of coconut-flavoured rum and for the icing add a teaspoon of rum to the mix, with an extra 35-55 grams of icing sugar. Top the iced cakes with shredded coconut.

When preparing the cupcakes, replace the vanilla extract with a teaspoon of dark rum and half a teaspoon of ground ginger. For the icing add the same amount of rum to the mix, with an extra 35-55 grams of icing sugar and a teaspoon of fresh finely-grated ginger.

When preparing the cupcakes, replace the vanilla extract with a teaspoon of cinnamon, a teaspoon of brandy and a tablespoon of freshly grated orange zest. To make sangria icing, reduce the butter to 120 grams and add two teaspoons of red wine to an extra 35-55 grams of icing sugar. Top with a twist of orange zest

When preparing the cupcakes, reduce the flour by 10 grams and replace it with unsweetened cocoa powder. Replace the vanilla extract with a teaspoon of bourbon and for the icing add the same amount of bourbon to the mix, with an extra 35-55 grams of icing sugarWhy not try some pretty Christmas tree truffle cupcakes?